ERS of Texas names David T. Veal as its next Chief Investment Officer 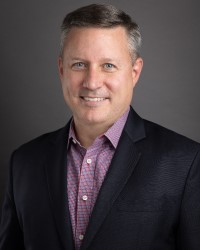 Executive Director Porter Wilson announced today that David T. Veal has been selected to serve as the next Chief Investment Officer of the Employees Retirement System of Texas (ERS). David will step into the role currently held by Tom Tull, who late last year announced his plans to retire this summer after 12 years of dedicated service to ERS.

David brings more than two decades of investment experience to the role, including a track record of success across both the private and public sectors. For the last five years he has served as Chief Investment Officer for the City of Austin Employees Retirement System. Prior to that role, David held leadership roles with the Teacher Retirement System of Texas, where he was the Director of Strategic Partnerships & Research, and the Employees Retirement System of Texas, where he was the Global Strategist & Portfolio Manager for Emerging Markets.

Before moving his career and family to Texas in 2009, David spent 10 years with Morgan Stanley in New York as an equity research analyst. He is a graduate of Auburn University with honors and holds an MBA from the University of Michigan with high distinction. David has also served for six years as a U.S. Navy Officer, where he was twice decorated with the Navy Commendation Medal.

According to Wilson, “David’s impressive investment experience, coupled with his track record as an effective leader and skilled communicator, make him the perfect person to take the helm for the ERS investment team. I look forward to working with him to help ensure continued solid retirement benefits for ERS members and retirees.”

“Superb leadership, terrific talent and collegial culture have helped the investment team at ERS achieve tremendous success in recent years,” David said. “It is an honor to return to ERS in this significant capacity and continue to build upon this strong foundation.”