GBP participant defeated Stage 3 breast cancer: “It’s been a long road, and I want to celebrate”

October 07, 2020
Tweet
There are more than 2.8 million breast cancer survivors in the United States, according to the University of Texas MD Anderson Cancer Center. Amanda Grantham, a director at the Texas General Land Office and a HealthSelect of Texas® participant, is on her way to being one of them.

Last year, Grantham had an annual checkup scheduled with her primary care physician (PCP). A few days before the appointment, she did a breast self-examination––and found a lump. When she went in for her appointment, she told her PCP about it.

“Initially, I think we both thought it was a cyst,” Grantham said. Her PCP ordered a diagnostic mammogram, along with an ultrasound. Those initial tests confirmed a suspicious lump and suspicious lymph nodes.

Grantham’s PCP referred her to a breast cancer surgeon in the HealthSelectSM network. The surgeon performed a biopsy and called Grantham the following day with the results.

“The surgeon first said, ‘I wish I were calling with better news,’” Grantham said. The surgeon told her the lump in her breast was cancerous, a super-aggressive subtype of breast cancer that had already spread to three of her lymph nodes.

She had Stage 3 breast cancer.

“From there, it was like I just didn’t hear the rest of our conversation,” Grantham said. “We hung up and it hit me. First denial, then shock, then just devastation. I’m young! Why would this thing happen?” Grantham was just six weeks past her 37th birthday, with no family history of breast cancer.

After a slew of additional medical tests and scans, Grantham underwent neoadjuvant chemotherapy from May through August, then had a lumpectomy in September. She then went through six weeks of radiation followed by 24 weeks of additional preventative oral chemotherapy.

Grantham said she is “super grateful” for her GBP health insurance. She appreciated HealthSelect of Texas’ out-of-pocket coinsurance maximum, which limits a participant’s coinsurance payments for in-network care to $2,000 per year.

Grantham also kept her health care costs in check by using providers who were in the HealthSelect network. Her breast cancer diagnosis and all treatments were handled by in-network medical professionals, including a mental health counselor. Blue Cross and Blue Shield of Texas, the third-party administrator of HealthSelect of Texas, connected her to the counselor to help her work through the shock of her diagnosis. 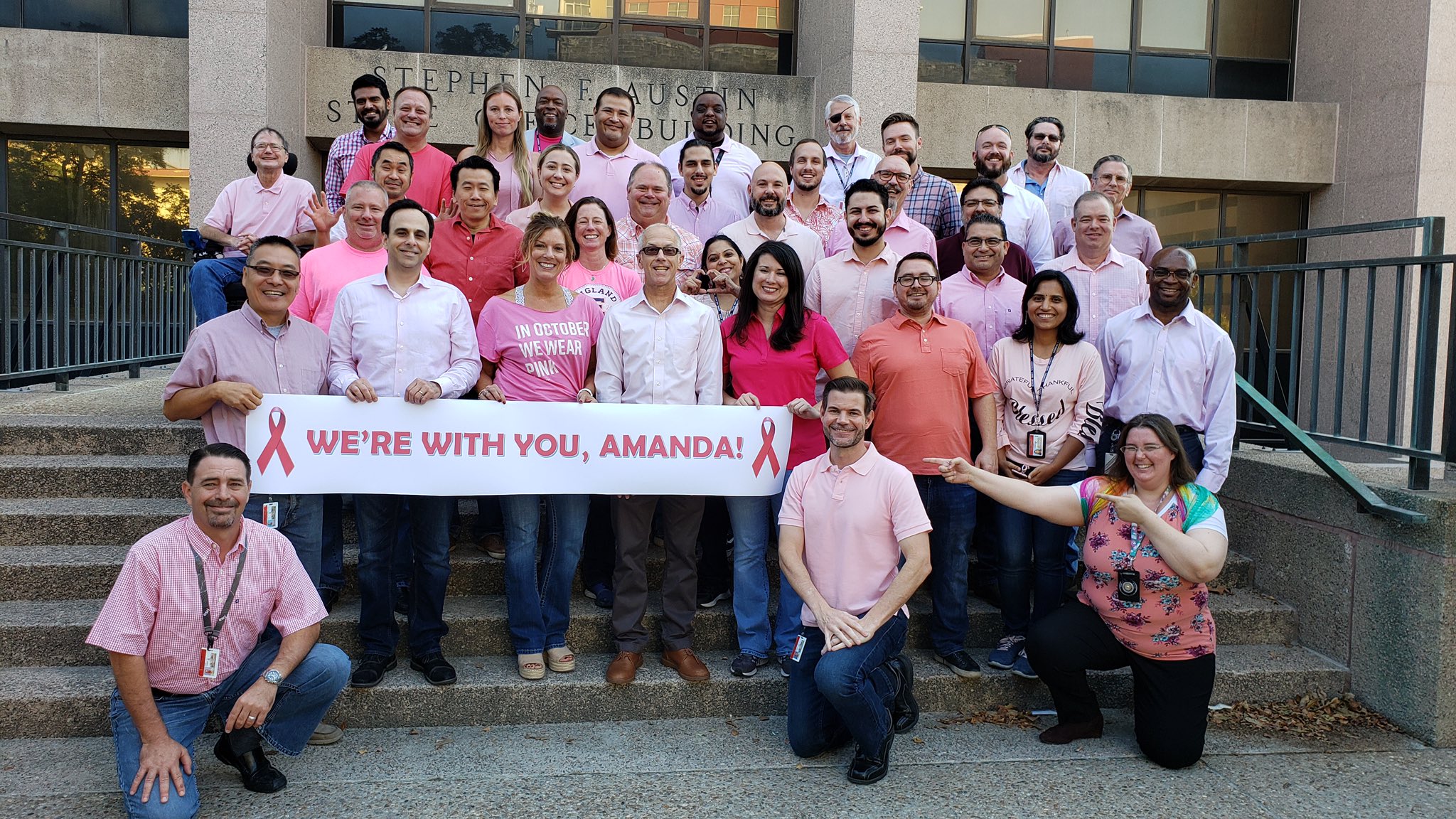 Grantham said she appreciated community organizations such as the Breast Cancer Resource Center in Austin and took comfort in the “overwhelming support” from her coworkers, “who once sent me a photo of our team all wearing pink shirts,” she said.

Though Grantham is officially cancer-free, she will continue maintenance checkups with her in-network oncologist for the next two years. Grantham encouraged others enrolled in a GBP health care plan to know their bodies and be advocates for themselves. “I consider myself a cancer success story,” she said. "It's been a long road, and I want to celebrate!"

“I still have bills to pay,” she continued, “but without my state health insurance benefits, it could have been so much worse.”