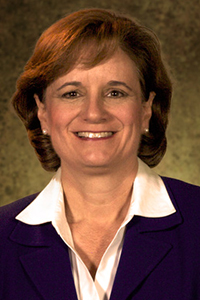 Deputy Executive Director and General Counsel Paula Jones has announced her retirement after almost 24 years of service to the Employees Retirement System of Texas (ERS). Jones, who also serves as the chief compliance officer and ethics officer for the agency, will depart ERS at the end of March.

"Paula has dedicated herself to ERS members and retirees, offering wise counsel to the agency throughout her career," ERS Executive Director Porter Wilson said.

Jones began her career with ERS as first assistant general Counsel in 1997. She was swiftly promoted to director of legal services, then named general counsel in 1999. Jones also stepped up to serve ERS as acting executive director in an interim capacity in 2012-13, before promotion to her final position in 2016 in which she has directed the agency’s Office of the General Counsel and Office of Procurement and Contract Oversight. Throughout all, she has provided legal and compliance advice and counsel to the ERS Board of Trustees, executive director, management and staff, and oversight regarding general retirement system legal and procurement business for programs administered by ERS.

In addition to her broad responsibilities with the agency, Jones served as a fellow for the Center for Public Policy Dispute Resolution at the University of Texas at Austin Lyndon B. Johnson School of Public Affairs (the LBJ School) in 2010 and was selected for the Governor’s Executive Development Program in 2001. She was also named to participate in the Transformative Leadership Program sponsored by the LBJ School and the University of Adelaide in Australia in 2014.

“Since coming to ERS from private practice in 1997, I have always been thankful to work with so many dedicated trustees and staff over the years who are smart, diligent, compassionate and bound by the common interest of ensuring that ERS benefits are administered in the best interest of the thousands of members, retirees and beneficiaries of the system,” Jones said. “I am also very proud of the outstanding legal professionals who chose to come to ERS with a commitment to excellence and hard work which continues to ensure that ERS’ interests are well served and protected.”