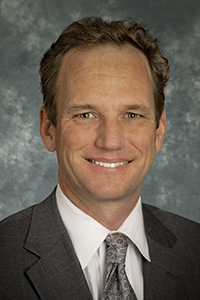 Porter Wilson was appointed executive director of the Employees Retirement System of Texas (ERS) in 2015.

Under his guidance, ERS administers programs that provide retirement, deferred compensation and flexible benefits for more than 256,000 state employees and retirees. ERS is entrusted with an investment portfolio of approximately $35 billion and is responsible for managing the Texas Employees Group Benefits Program, which provides health care coverage to more than 538,000 state and higher education employees, retirees and their families.

Before joining ERS, Porter served as associate vice chancellor for governmental relations for the Texas Tech University System. Prior to that, from 1996 to 2014, he served as Chief of Staff for Texas State Senator Robert Duncan. In that role, Porter worked closely with ERS on legislation related to state employee benefits, demonstrating a strong commitment to ERS members and retirees, as well as keen knowledge of state government, benefits and budgets. Earlier in his career, Porter was Duncan's legislative assistant when he served in the Texas House of Representatives.

In his years in state government, Porter earned the respect of lawmakers, colleagues and other associates. He has long-term relationships throughout Texas state government, and with employee and retiree associations and organizations. He received the Texas Public Employees Association’s Public Service Award for the 83rd legislative session and was named the Department of Public Safety Officers Association’s Legislative Staffer of the Year for both the 82nd and 83rd sessions.

Porter holds a Bachelor of Arts in Government from the University of Texas at Austin.