Stroke: No match for resilience and grit 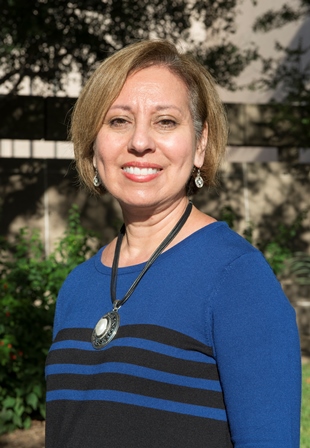 “When people look at me, they may not know I’m disabled,” said Vanessa Alba, a program specialist in the Educator Preparation Program Division at the Texas Education Agency (TEA). Take more than a passing glance, however, and her halting steps suggest that something happened to cause such a limp. “I still have the limp and the foot drop,” she said. “We’re still working on that.”

To be clear: the fact that Vanessa is walking, back at work and not wheelchair bound is remarkable. On April 23, 2013, she had a stroke that left her partially paralyzed. She couldn’t bathe or dress herself—her mother helped with that. She couldn’t talk because she couldn’t find the words—“My thoughts were locked in my head.” As an educator, whose life’s work was in human growth and development, Vanessa knew that, in many ways, she was starting over.

Still, she was determined “to walk and live independently again.” Vanessa started her physical, speech and occupational therapies immediately after her stroke. And once she was moved out of the long-term care facility, she continued her physical, speech and occupational therapies as an outpatient—and all of this intensive rehabilitation was covered by HealthSelectSM of Texas (see “In Her Words”).

“I practiced ironing and cooking. I learned how to read bus schedules because I would be riding the bus to work. In speech therapy, I practiced making phone calls and having conversations. I relearned how to do office work—to load paper into a printer, for example. Then, physical therapy helped me with everything from the waist down, such as walking. I have exercises that help me with my balance and I’ve learned how to stretch.”

In her words
Gaining skills through real-life experiences 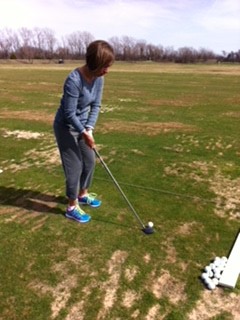 Many people think of the gym when they think of rehabilitative therapy, but Vanessa Alba describes how her physical, occupational and speech therapists have taken her to some unexpected places to help her regain skills for daily living.

“Golfing provides range of motion movement practice—holding a club, swinging it, bending over to put the ball on the tee. Carrying my golf bag helps with balance and coordination because I have to hold it and walk.

“In addition to golfing, some of our quarterly physical therapy outings have included a visit to an outlet mall, pottery studio and a food pantry.

“At the mall, we did a scavenger hunt to find specific items at various stores and used the map of the mall to find stores.

“At the food pantry, we stocked shelves with food and sorted clothes for people who would, at some point, buy them.

Relearning everyday skills was a far cry from what her daily routine had been. Vanessa joined the educator preparation team at TEA after spending 17 years as a Texas teacher and administrator. In her current role, she traveled the state, working with colleges and universities to evaluate educator preparation programs.

Two years after her stroke, Vanessa returned to the office and resumed her career. Among other things, she now reviews educator preparation programs from her desk, which is how most of them are reviewed now. “People kept asking me if I was going to come back to work,” Vanessa recalled.

Her answer was decisive: yes. She knew that being in the workplace would contribute to her continued recovery. “I thought I needed to be around other people and not just my family,” she said. “Everything I do at work—answering phones, making visits to schools of education, welcoming people who come to TEA for training—it’s all therapy.”

Meanwhile, Vanessa’s brain injury has opened other doors. She now advocates on behalf of others who have similar challenges. As a member of the Texas Brain Injury Advisory Council, Vanessa can provide a perspective that only a stroke survivor can bring. “Every one of the council members represents a different type of brain injury,” she explained. “One person on the council was shot in the head while serving in Iraq, for example.” The council meets quarterly at the Texas Health and Human Services (HHSC) offices. Input from the council members are included in a report the HHSC gives to the Legislature during each legislative session.

Vanessa has dedicated her career to service, first as a teacher and administrator and now as a State of Texas employee working to improve how teachers learn their craft. She now has a new group to serve—and she takes that responsibility seriously. “My work on the council is vital because I bring the perspective of someone who had a stroke, but went back to work. I want to give others hope. It is possible to live a productive life and be a productive part of society after having a brain injury.”